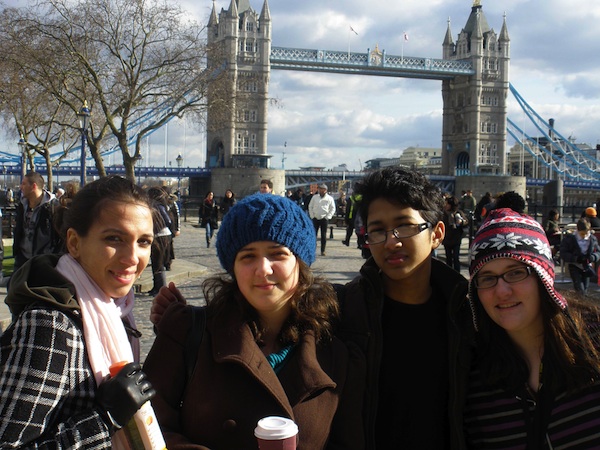 Editor’s note: Global Kids each month points us to their current favorite resources. Please take a moment and share some of yours, too, in the comments section. Also, we always value knowing what the knowledge-hungry leaders at GK are reading, watching and listening to, but in the spirit of full disclosure want to acknowledge (and appreciate) that two items in this month’s list involve our research director, Mimi Ito, and our supporter, the MacArthur Foundation. Topping this month’s list: “Are Virtual Worlds Over?” a provocative blog post by digital games guru Raph Koster, who provides a mostly pessimistic but insightful piece about the future of virtual worlds.

Raph argues that large scale VW platforms are not going to be the future, at least for now. Instead, social network, online game, and social media platforms are increasingly adopting various aspects of virtual worlds (leveling up, formal roles, avatars, etc). Meanwhile, Virtual Worlds still offer specific strengths not supported by other media, including “placeness,” pseudoanonymity, and synchronous communications/strong ties between people. From Global Kids’ perspective, these aspects of virtual worlds make them particularly suited for education and force us to wonder what happens if the commercial forces driving Virtual Worlds take them in a different direction.

One-Third of U.S. Population Uses Public Library Internet; Social Networking, Education Most Popular (report)
The report, “Opportunity for All: How the American Public Benefits from Internet Access at U.S. Libraries,” was based on a first-of-its-kind study conducted by the University of Washington Information School and funded by the Bill & Melinda Gates Foundation and the Institute of Museum and Library Services. The findings: Among young adults age 14 to 24 in households below the federal poverty line, 61 percent used public library computers and the Internet for educational purposes. Young adults in general are the heaviest users of Internet access at public libraries: Nearly half of all 14- to 18-year-olds (an estimated 11.8 million users) reported using a library computer during the last year, and 25 percent of that group did so at least once a week. Teenagers reported that one of the most common uses of library computers was to do homework. This is tremendously important to Global Kids as we increasingly look to libraries as a way to expand our after school programs. Some discussion and video regarding these findings can be found at the MacArthur Spotlight blog on digital media and learning.

Engineering Play: A Cultural History of Children’s Software (book)
In cultural anthropologist Mimi Ito’s Engineering Play: A Cultural History of Children’s Software, the author shares the rich history documenting how market forces, parental concerns and convictions, well-intentioned designers and youth desires intersected during the heady 80’s and 90’s as the promise of technology to innovate education experienced a boom and bust. Looking beyond the games and software titles themselves, Ito unpacks the varied discourses surrounding these products and discusses their impact and interaction as emerging genres of play took shape. The book is especially instructive for those attempting to understand the relationship between adult and youth agendas around learning and play, as a GK staffer notes here. There is an excellent article by Ito discussing similar themes within the MacArthur Ecology of Games volume.

Re-Imagining Learning in the 21st Century (video)
MacArthur’s Digital Media and Learning Initiative has a new landing page, launched with an excellent new video. As MacArthur takes its work into a new phase – from Exploration to Impact & Influence – this is an important moment for the future of this work.

Jane McGonigal: Gaming Can Make a Better World (video)
Jane McGonigal, best known for her work designing Augmented Reality Games (ARGs) such as I Heart Bees and The Lost Ring, shares her views in this TED talk on how we can leverage youth interest in game play to make real change on global issues. She cites some interesting statistics, in particular one that claims that most youth will have played games for 10,000 hours by the time they graduate high school, which is apparently the same amount of time they’d have spent in school from grades five through twelve. What, then, are they learning in this “parallel educational system?” McGonical argues that they’re learning the skills they need to improve the world, but just don’t realize it. While some might critique what could be seen as a pollyannish view of what role gameplay can have on affecting social ills, the talk definitely provokes the question: how can we make the skills developed through gaming relevant to solving real world problems?

Building a Better Teacher (article)
This New York Times Magazine article reports on emerging trends aimed at improving teacher practice. The article is an important reminder that the most clearly documented factor leading to positive student outcomes is teacher quality, and that that quality is not some mysterious and unpredictable gene but rather something that can be cultivated. Everyone at GK has been passing this article around.