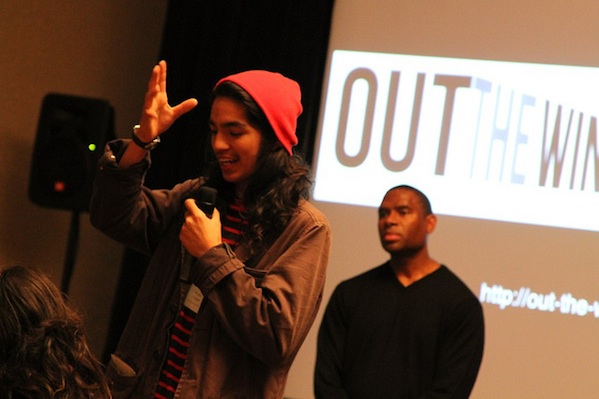 Learning with digital media is often articulated through an affective vocabulary of play, informality, enjoyment, and creativity, as opposed to the formality, standards and routines of conventional schooling. This difference in the language of learning corresponds with changing patterns in work. Employers now claim they want to hire more playful and creative recruits with portfolios of experience in social networking and online virtual worlds.

The links between schooling, culture, and employment are now changing as the growth of an “interactive economy” places new demands on youth both as potential consumers of its products and as its potential producers.

Employers aren’t just interested in formal educational achievements and credentials but in informal experiences of playfulness, social networking, and other diverse forms of participation. As a result, schools and educators are being tasked with revising their understandings about how youth are prepared for work—how they learn to labor.

In the 1970s the British sociologist of youth cultures, Paul Willis, wrote a famous study of working class boys, “Learning to Labor: How working class kids get working class jobs.” Willis analyzed how working class ‘lads’ learn their working class identities and learn which jobs they can expect in adulthood. Willis’s argument, which was controversial in sociology at the time, was that these lads deliberately failed at school. Their efforts and achievements in schools reflected their anticipation of the working life of low skills manual labor which was to follow. They were more interested in popular culture and identifying with subcultural rituals of resistance than in anything provided in the formal sphere of schooling.

In a more affective digital media landscape, young people now encounter more opportunities for social, cultural and civic participation than Willis’s lads could have ever expected in the 1970s recession. Many of the affective lessons of digital media from youth participatory cultures are now being learned by schools, and at the same time these experiences are increasingly understood as valuable for work in an economy based on interactivity, interpersonal interaction, and mass participation, as well as curiosity, excitement, and free-forming creativity. 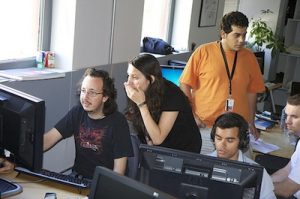 The idea of the “play ethic” represents the kind of changes in learning that are now being advocated in an interactive economy. Pat Kane described the play ethic like this in an article in 2000:

The play ethic is about having the confidence to be spontaneous, creative and empathetic across every area of your life—in relationships, in the community, in your cultural life, as well as paid employment. It’s about placing yourself, your passions and enthusiasms at the centre of your world. … So to call yourself a ‘player’, rather than a ‘worker’, is  … to dedicate yourself to realising your full human potential; to be active, not passive. The play ethic is what happens when the values of play become the foundation of a whole way of life. … So, just like the work ethic, the play ethic is a set of feelings and principles.

The play ethic represents a cultural and economic mentality for the digital and networked era, and since Kane wrote about it a decade ago it has taken on growing importance in educational reform. Whereas the “work ethic” of industrial-era capitalist routines, self-restraint, hierarchy and stratification may be viewed as at least partly implicated in the educational failure of Willis’s lads—because they chose to resist it instead of acquiesce—the play ethic represents a far more fluid, flexible and optimistic approach to work and culture which recognizes creativity and openness, health and happiness, and “tinkering” and “making” as vital human characteristics. The play ethic puts emotional and affective life before effectiveness, efficiency and other economic rationalities.

According to some critics of media culture, however, play itself has now been absorbed into the domain of economically productive labor. The vitality attributed to the play ethic has been accommodated into the seductions of 21st century capitalism and “exploited” for its potential to generate value. If the work ethic represented capitalism through the twentieth century, then by the twenty-first century capitalism itself has embraced play or “got game.”

As a result we are seeing the rise of “affective labor.” Affective labor does not refer to work that results in the production of material products—such as Taylorist assembly line labor—but to the “immaterial” production of social networks, forms of community, communication and human interactions and relations. It refers to the ways in which human emotions and feelings are used as a source for making money, either for oneself (like restaurant staff whose pay depends on gratuities), or for businesses. It makes the interpersonal forming of relationships and connections the basis for work and for the generation of capital. Not so much “love thy neighbor” as “love thy labor.”

Affective labour therefore constitutes a blurring of the distinction between leisure, labor, domesticity, sociability and consumption. Moreover, the kinds of  interactive activities which constitute a major part of people’s social and leisure lives worldwide are now benchmarked as virtual skills that may be exchanged for entry into the digital labor market.

Primarily, in today’s interactive context, affective labor refers to willing, informal and unwaged participation in new media environments that leads to the production of cultural content and new networks of sociability which in turn are treated as potential free resources for creating economic value. Cathy Davidson has argued that such “anxieties about do-it-yourself participatory culture as a form of labor” are rooted in a major readjustment of the economic status quo.

Think of social networking sites, for example. Mark Andrejevic has shown specifically how social networking sites are  routinely manipulated by marketers to generate capital for the interactive economy. The capture and harvesting of user-generated networked content and data is one form of monetization of affective labor; another is the consensual or even intentional use of one’s own social networks to secure status, build professional contacts, and amplify job applications.

All this is possible because social networking sites are, of course, almost entirely constituted by the interactions of millions of people willingly, sociably and enjoyably creating and sharing “content” and interpersonal details via highly sophisticated web-based databases and software. In turn, this data is analyzed by sophisticated marketing and recruitment firms who use it to guide decisions about advertising products and inviting job applications. Friendships and sociability are turned into sources of value creation, as the Facebook app Friends for Sale app shows humorously: “Buy people and make them your pets! … Make money as a shrewd pet investor or as a hot commodity!”

The consequence is that what most people enjoy as unproductive leisure and free play are becoming key sites for the generation of profitability and the basis for what Tiziana Terranova has called unwaged and voluntarily given “free labor”—fast becoming the main source for the production of culture and the creation of value in the interactive economy.

Affective labor is a useful theory to put to use in analyzing digital media and learning, because it helps describe the interactivity of consumption and production, audience and author, user and creator that are now the distinguishing features of social media. 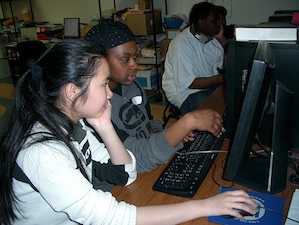 Perhaps the most illustrative examples of affective labor come from game culture. Some years ago, Stephen Kline, Nick-Dyer-Witheford and Greg de Peuter produced a fantastic analysis of the interactions between the videogames industry, game culture, and marketing. They argued that the games industry had successfully made work look like play and “fun”: work was “cool.” They termed this the “work-as-play ethic.” This ideal was of course exploded by “EA Spouse” some years ago when she exposed the horrendous working conditions within the game industry to which her husband had initially consented. At the same time, however, the “work-as-play ethic” had another side, which they called “play-as-work.” Play-as-work referred to the diffuse teams of unpaid games testers, informants, and other volunteer labor that went into games development.

But analyzing play as work takes us beyond the internal employment practices of the games industry. The videogame scholar Julian Kucklich wrote a fascinating article examining the affective labor that goes on in game cultures. He described this as “playbor,” a neologism that encapsulates brilliantly the new links and connections being made between affective play  and value-creating work. Playbor refers to a collapse in the barrier between play and labor, between leisure and work, and between economy and culture more broadly. The videogames industry illustrates playbor very well (the most extreme example being “gold farming”) but playbor processes are far more widespread than within the industry alone.

For example, through activities such as “modding,” players are involved in contributing to the production of new products. A well-known example is Counterstrike, originally a mod of Half-Life, which went on to sell millions of copies. More recently, as games critics Nick Dyer-Witheford and Greg de Peuter have shown, massively multiplayer online worlds such as EverQuest and World of Warcraft have perfected the revenue model that turns the energy of their populations into a “lucrative open-ended profit-stream. Players not only purchased the initial software and paid monthly subscriptions, as well as expansions and add-ons, but through their social interaction provided much of the content.”

As websites and software based on user-generated content proliferate, we will see a marked rise in “playboring” as the ethics of participation increasingly demand that hitherto “users” transform themselves into creators of content and participants in productive interactions, rather than merely enjoying unproductive leisure time. Like social networking sites, virtual worlds are increasingly looking like spaces where users, consumers and participants are cultivating for themselves portfolios of skills, attitudes, values, and repertoires of virtual experiences, networks of contacts and relationships which may be used as a form of capital in an interactive economy. In time, might these repertoires and portfolios become the dominant form of online educational credential?

These sites of affective labor are now being considered as resources by schools and drafted into new curriculum designs. This, indeed, is a shift from Learning to Labor to “learning to playbor.” Learning to playbor implies that the emotionally resonant and cultural experiences of play, and the sense of ownership and empowerment that accompany them have been put into interaction with the new economic rationality of work, efficiency, and production in an interactive economy.