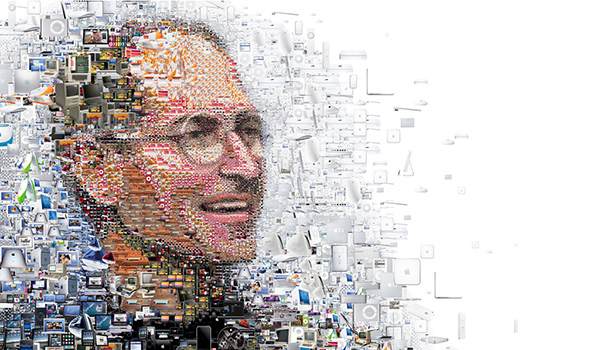 Most practitioners and education researchers argue that digital divides are still the biggest obstacle to ensuring that diverse populations of youth have a shot at becoming the next Steve Jobs. Among these divides are gaps in students’ digital skills. For example, studies find that teachers do not equally teach the same digital skills in Internet use, online collaboration, and digital production.

But school technology rollouts in recent history suggest it’s more than just about skills. When in 2013, Los Angeles Unified School District (LAUSD) signed a $30 million deal with Apple to buy iPads for its 650,000 students, the district believed it was curtailing a major obstacle for learning. Superintendent John Deasy heralded the move as a civil rights initiative designed to give students, mostly underrepresented kids from low-income families, access to a tool needed for success in the 21st century. Within a week of the rollout, students found ways to bypass security software so that they could access social media like Facebook and Twitter, and watch videos on YouTube. These hacks made national news. Rather than explicitly use the school-provided iPad for standardized tests and to do homework, students also wanted to use it for fun. As a result, the iPad initiative was deemed a complete failure (an “iFail”). iPads were revoked, a lead technology integrationist at the district resigned, and LAUSD demanded its money back for Apple’s inability to protect the purchased hardware from their own students. For the district, fun was a major threat to proper learning.

What’s interesting about the LAUSD iPad debacle is that gaps in students’ skills were not the issue. Students actually were skilled enough digital tinkerers to bypass software created by sophisticated programmers. Reports also suggest that these students were pro-social enough to teach each other how to modify the software so they could play with their friends online. These activities do not seem much different from Steve Jobs’ fabled garage pursuits: young people peeked under the hood of the hardware and worked diligently to modify the platform for their own purposes. Students found creative ways to repurpose the iPad and make it more relevant to them. Why are these students described as “hackers” and not innovators?

The question of who gets to be an innovator seems worthy of exploration. Under pressure from activists, Silicon Valley released reports that show the profoundly unequal distribution of employees in major technology companies. In 2014, Apple, Google, Facebook, and Twitter were 70% male. Less studied are racial-ethnic divides: at Google, for example, only 3% of its workers are Latino and 2% are black. Although these statistics do not show the socioeconomic origins of its workforce, they suggest a problem of representation along lines of gender, race and, likely, class. Critics argue that that the primarily white and male Silicon “bubble” is a major problem not only for equality but for capitalism in general. If white and male designers’ creative visions are limited to their milieu, then the remaining 69% of the United States population is marketed digital innovations that aren’t particularly innovative for their life circumstances. Both activists and capitalists would agree, then, that diversity in the tech sector is important.

Where confusion still arises is why so few minorities make it into this high-tech innovation space. Hiring managers in the tech sector cite the same digital skills gap that academics worry about, claiming that there are few talented prospects to fill out their ranks. As I try to imagine students’ pathways to roles as tinkerers, I keep thinking back to the “iFail” at LAUSD. These largely working class, black and Latino youth clearly show signs of nascent digital skills, perhaps as a consequence of their out-of-school, peer-driven activities with friends online. What do teachers and administrators, many of whom are likely to be less digitally adept than their pupils, think of their students’ digital youth culture? Do they see young people’s creative tendencies online as valuable for school? If they do, how exactly are teachers able to cultivate students’ innovative potential in practice? And, where do teachers’ notions of students-as-innovators come from?

In order to assess whether and how schools are preparing students for the digital age, we need to take a careful look at day-to-day life in today’s technologically-equipped classrooms. We need to assess how teachers at these schools conceive of the value of digital technology for achievement and use them during instruction. Digital divides, while worrisome, are only one roadblock to students’ potential, and documenting teachers’ perceptions and practices will enhance our understanding of innovators’ geneses beyond more simplistic garage theories.

We also need cases for comparison to try to get at potential obstacles faced by minorities and those living in poverty. Meaning, we need to see if schools with high-quality technologies that vary demographically invoke similar or different perceptions of students’ digital culture and capacity as innovators. And, we need to assess where these classed and racialized perceptions come from without falling into familiar tropes that blame individual teachers for discriminatory beliefs.

Education reformers, practitioners, and families who want the best for their young people are keen to prioritize the closing of digital divides at school in order to maximize students’ potential. Adults probably assume that as “digital youth,” they will pay more attention in class and learn key digital skills if high-quality education technologies are more available.

We know less about how innovation works than we think. It’s not just about the skills. Schools organize the very sandboxes upon which ideas get circulated, elevated or shot down. The playful experiences young people pursue online among their peers may be differently welcomed by schools and in ways that inform their affinity as creative producers within institutions.

Guest blogger Matt Rafalow is a doctoral candidate in sociology at UC Irvine and a member of the Connected Learning Research Network.