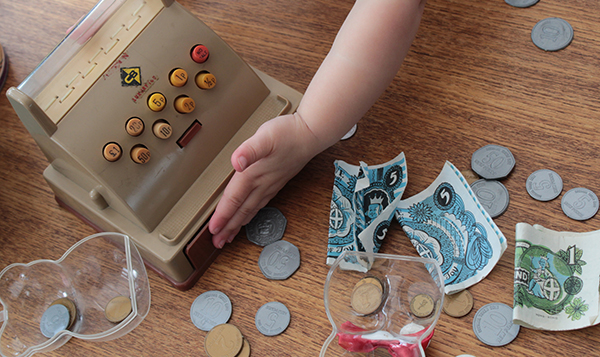 Social-emotional learning has become a significant education policy priority and a key focus for education technology development and investment. The core idea behind social-emotional learning (SEL) approaches is that the “non-cognitive” aspects of learning are fundamentally linked to academic progress. Improving SEL skills is, therefore, seen as an important prerequisite for raising attainment. This simple idea has now begun to catalyze an outpouring of policy lobbying, ed-tech developments, and, importantly, new models of financial investment and profit-making. SEL, in other words, is being sold as a policy solution to long-standing educational problems, a potentially lucrative ed-tech market, and a rich commercial opportunity for investors.

The concept of social-emotional learning has psychological origins. The influence of “positive psychology” in education has grown in recent years, making SEL increasingly desirable to both policymakers and practitioners. Chief among psychologists of SEL are Angela Duckworth and Carol Dweck. Dweck’s ideas about “growth mindset” — that intelligence is malleable and improvable — have become the most well-funded in contemporary education research, with a recent $4 million grant from the Yidan Prize to further her research and initiatives. The award — the largest international grant available for educational research — was founded by the Chinese tech entrepreneur and philanthropist Charles Chen Yidan, while mindset research and interventions have also been funded by the National Science Foundation, the Bill & Melinda Gates Foundation and the Hewlett Foundation, among others.

In 2013, Duckworth established the Character Lab with Dave Levin, co-founder of the KIPP charter school chain, to focus on helping teachers cultivate students’ “character strengths” of grit, curiosity, self-control, gratitude, optimism and growth mindset. It provides classroom resources called “Playbooks” for teachers and has also established a Character Lab Research Network — a consortium of scientists and “innovative” schools that works together “to develop and test activities that encourage the development of character.”

Along with others, these entrepreneurial psychologists have succeeded in selling their SEL theories and resources to an increasingly appreciative audience of funders and classroom practitioners.

Their ideas also are selling well with political lobbyists seeking leverage to reform state education, who have been attracted to the idea that SEL is malleable and improvable, and therefore a key way of boosting academic attainment and shaping skills that are seen as valuable to social and economic progress.

CASEL, the Collaborative for Academic, Social, and Emotional Learning, is the most powerful SEL campaigning organization in the U.S. It has a stated mission to integrate “evidence-based” SEL into state education and “to turn momentum for SEL into a national movement.” CASEL has produced a detailed “meta-analysis” of the research evidence on SEL, and has disseminated its vision widely through organizations such as Edutopia, which published a CASEL briefing for schools entitled “How Do We Measure SEL?”

Similarly, the Aspen institute has established a National Commission on Social, Emotional, and Academic Development which aims to unite “leaders to re-envision what constitutes success in our schools.” With CASEL a key collaborator, it recently announced a “research consensus” drawing from evidence in brain science, medicine, economics, psychology, and education research, which claims to demonstrate that “the success of young people in school and beyond is inextricably linked to healthy social and emotional development, such as the ability to pay attention, understand and manage emotions, and work effectively in a team.”

CASEL and the Aspen Institute are now leading advocates for SEL, with political leverage and influence. CASEL has trialled SEL-based school accountability measurements, and set up the State Scan Scorecard Project to rate learning goals, standards, and guidelines for SEL across the 50 states. As with test-based performance ranking, SEL is being framed as a way of rating educational provision and performance in a competitive landscape.

Government departments have latched on to the SEL movement. The U.S. Department of Education Office of Education and Technology produced “Promoting Grit, Tenacity, and Perseverance—Critical Factors for Success in the 21st Century.” Following the introduction of the Every Student Succeeds Act, U.S. schools are now expected to report at least one indicator not related to test scores, which has further driven interest in incorporating SEL skills into high-stakes character assessment and school accountability systems.

In the UK, an all-party committee has produced a “Character and Resilience Manifesto,” with the Department for Education then launching “character grants” for schools and initiatives that promote character education. A proportion of the available grant funding was allocated to “projects that have a military ethos approach to develop character.”

Internationally, the OECD and World Economic Forum are influential SEL advocates. The OECD’s “Skills for Social progress” promotes interventions “to foster socio-emotional skills” and “also shows that these skills can be measured meaningfully.” The WEF’s report “New Vision for Education” forwards the ideal that digital technologies could be used to build “character qualities” and that SEL proficiency will equip students to succeed in a swiftly evolving digital economy.

The education researcher Agnieszka Bates has argued that SEL advocates have defined the character skills that are most valuable to the labour market. As such, SEL represents a “psycho-economic fusion of economic goals and psychological discourse” that emphasizes the measurement and improvement of psychologically-defined qualities for economic purposes.

SEL has become the focus for significant education technology development. The classroom management app ClassDojo is perhaps the most successful SEL application to date. Inspired by the work of Duckworth, Dweck, and other SEL thought leaders, ClassDojo’s founders have turned SEL into a viable business model. At a time when schools are more focused than ever on SEL, ClassDojo provides relevant resources to millions of teachers worldwide.

CASEL has begun to intervene in SEL-tech with a design challenge which rewards “innovative direct assessments of social-emotional skills.” One key design principle for the competition is that submissions should produce SEL assessment data to guide teachers’ “decisions about curriculum use and instructional practice.” As an organization seeking standardized SEL metrics for school accountability purposes, CASEL is also seeking to standardize the design principles for SEL-based ed-tech products to ensure they deliver toward these same outcomes.

More experimentally, “emotion learning analytics” platforms have been developed for real-time measurement of SEL. Silicon Valley’s EdSurge has profiled a range of emerging “emotive computing” developments that could support SEL, including wearable biometrics to detect biological correlates of SEL through the skin, and facial recognition technologies that measure students’ emotional engagement from facial micro-expressions.

SEL has also become a way of making profit.

The metrics for calculating the social benefit and monetary value of SEL schemes have already been published as a cost-benefit analysis with the title “The economic value of social and emotional learning.” Its conclusions bluntly state that SEL programs demonstrate measurable benefits that exceed their costs at an average benefit-cost ratio of about 11 to 1 — a substantial economic return of 11 dollars on every dollar invested in “these educational reforms on social and emotional learning.”

Impact investing acts is intended to complement to both philanthropy and government intervention by generating social value while also producing financial return, and is expected to create a market worth $650 billion by 2020, as Tim Scott has identified. It provides an incentive for profit-making organizations to “do good” while making money. “Impact investing is promoted by neoliberal governments and their private sector partners through manipulative marketing storylines intended to convince us that elite financial investors are best positioned to mitigate long-standing social inequities,” Scott argues.

Putting an economic value on the improvement of student emotions is controversial. Teacher activist Emily Talmage has argued that “investors are using kids’ psychological profiles to gamble on the results of social programs.” Impact investors are reforming education through programs which are designed to generate a massive multiplication on investment, says Talmage, while also emphasizing the use of technology to develop social-emotional qualities which might produce “a compliant, productive workforce.”

It is hard to question the idea that education should be more focused on some of the social and emotional aspects of learning than just academic attainment and test scores. However, the SEL movement is not innocent, politically neutral or purely philanthropic.

Its origins are in psychological theories that emphasize personal qualities and character strengths rather than challenging the social, political and economic determinants of inequalities in student outcomes, and which are now shaping practices in classrooms at large scale. SEL is the focus for concerted lobbying by organizations which wish to hold schools accountable to standardized social-emotional outcomes, and which have begun to script standards for SEL programs and applications. It has become a priority for policy influencers and government departments which see SEL interventions as ways of cultivating “valuable” qualities in young people — such as military-style service or skills for the digital economy.

Consequently, a marketplace of SEL-tech has appeared to help teachers deliver on these qualities, with apps and devices to capture and calculate emotional data from students’ behaviours, bodies and brains. Finally, SEL is now a key market for impact investors, allowing wealthy institutions and individuals to make money while manipulating students’ emotions.