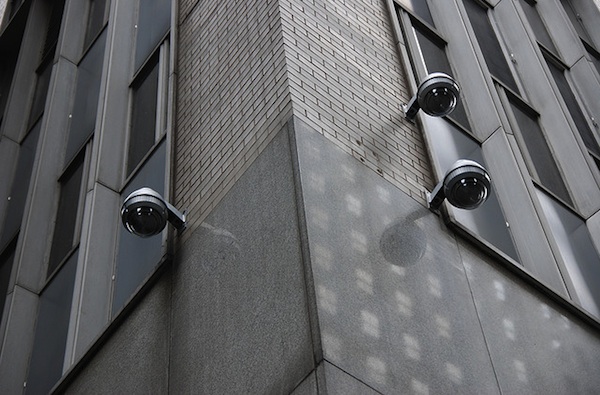 Across the US, schools are back in session. My university started back last week, and, as I usually do, I spent the first day of class discussing the syllabus, explaining to students my expectations for them and the course.

When I do this, I always devote some time to explain the different digital tools we will use in the course and suggest additional tools students can use to make their lives easier. In this additional tools category, I like to emphasize the importance of backing up one’s data and in one of my classes I suggested that students should consider using a backup service like Dropbox. I then, somewhat casually, mentioned that if the students did not want their backups to be spied upon, they should probably use a different service such as SpiderOak.

Syllabus day is usually frightfully boring, but this offhand comment instantly brought the students to a new level of attention.

I explained to them that, while Dropbox is by far the most useful service of its kind, the company gives itself access to user files in order to allow them to deduplicate files on their servers. This makes the files on Dropbox subject to being spied upon, both by malicious employees and as a result of official requests. In contrast, services like SpiderOak encrypt data before syncing it, thus making it inaccessible to the company. Of course, the ongoing disclosures about the extensive nature of NSA spying suggest that even this encryption is insufficient to withstand the scrutiny of an interested outsider.

This story is representative of how, over the past few years, I’ve found it increasingly important to impress on my students the potential for breaches of privacy that attend to the digital. I think offsite backup of one’s data is extremely important, but to discuss it without placing it in the context of surveillance and privacy that attends to cloud computing would seem to ignore my role as an educator engaged with digital media.

The importance of these discussions may not be news to some members of the DML community; indeed, we have been teaching about privacy issues for decades. However, digital technologies are increasingly important not just to learning, but to all facets of students’ lives and reminders of the breaches of privacy made possible by these technologies are nearly ubiquitous. I teach at a public university, so all of my email messages are subject to freedom of information act requests filed with my state. For this reason, in addition to the standard contact information, I have added language to my email signature that informs students that anything they write to me can be requested in this way. Just this week, an attentive reading of Amazon.com’s textbook rental policy found that the online superstore prohibits students from taking those textbooks across state lines. While the agreement is vague on details of how it might enforce such a policy, it is not out of the realm of possibility that information about rental-textbook-smuggling could be gained through sharing on social media sites, a prospect more worrisome given how much website storage Amazon provides for sites like Dropbox and Twitter.

Zeynep Tufekci has recently argued that it is not practical for online users to be anonymous all of the time, and I agree. “There is no such place as ‘cyberspace,'” she writes, “that is either fully divorced from ‘real life’ or attached to it with barely a thin thread.” However, as instructors concerned with digital media and its uses in the classroom, we cannot ignore the position that we put students in when we encourage them to use digital media.

Tufekci’s solution is legislation limiting the scale of government surveillance, and, while the recent NSA disclosures have provided some momentum towards this goal, the extra-legality of many of the NSA’s purported methods suggests that such a goal might not be sufficient. Additionally, while I wish to see the surveillance state limited and consumer privacy protections strengthened, in the interim I have to go to class every week and teach students about digital technologies.

Last week, a mini-debate occurred on Twitter over the role of digital humanists in responding to the surveillance state (The original post is here and a roundup of responses is here). While our actions as humanists and DML practitioners may be limited, we can all address the functions of surveillance that attend to digital technologies. Indeed, the role of DML practitioners in this context is, in many cases, simply to inform students about the potential privacy ramifications of the choices they make when interacting with digital technologies.

This may lead some students to avoid digital media or assume the complete anonymity mentioned by Tufekci, results that might seem to undermine the goals of DML. Other students may feel compelled to limit their use of cloud services for particular kinds of communication. This is my approach to Dropbox, which I only use for sharing media and non-essential work files. In all cases, our duty is to provide students with the tools necessary to make their own decisions, not just about learning, but about their learning tools as well.