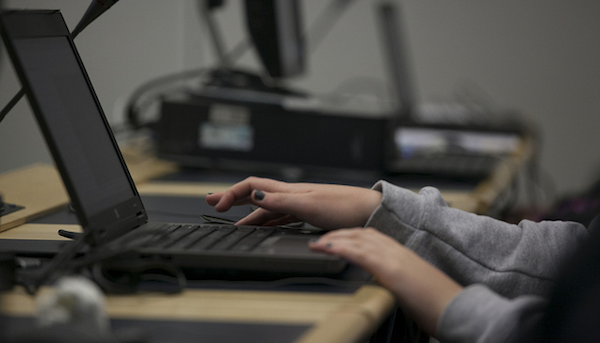 On the basis of the truism about life/success/genius being 1% inspiration and 99% perspiration it is strange that so many initiatives in education – particularly those aimed at engaging youth who may be disenchanted with mainstream schooling or excluded from society for socio-economic reasons – pay so much attention to the initial moments of engagement rather than the long-term problem of consolidation and sustaining growth. This is a challenge for the digital media and learning field and the host of allied and associated programs, community and after-school initiatives, out-of-school and informal learning projects all around the world. Don’t get me wrong; I have spent much of my life working in the out-of-school ‘sector’ and been involved in a host of reform initiatives working at the margins and on the outside. However, it’s one thing to set up initiatives and to engage the interest and concentration of the disengaged and disenfranchised; it’s quite another thing to be able to turn that motivation into longer-term change.

Many projects offer a fixed-term intense experience often with high-tech specifications (good resources) and where attendance is pretty much voluntary; it’s pretty safe to say most after-school programs for younger children don’t always possess the same element of choice. I have been working recently with maker initiatives in the UK and many of these spaces exemplify this kind of approach. They are casually and informally organised often on a drop-in basis; they are staffed usually with good adult/youth ratios; there is an intense focus on the activity of the learning; and, frequently, sessions are structured around the young person’s interest with a premium being placed on making or achieving a complex challenge within a fixed period of time. These are great experiences. Furthermore, the pattern of this type of organisation and pedagogy can be found in the graffiti workshops in the 1980s, community-based performing arts in the 1990s, and, going even further back, to a time when video and photography began to take their place as expressive media for youth.

It is difficult to generalise but the educational philosophy at work here often circles round a notion of epiphany and inspirational experience. Given that our assumptions about the youth we want to attend these initiatives is that often they are demotivated and disengaged, the ‘solution’ is to offer a kind of high-speed entry into reverse gear. Success is often a question of participation, of hearing the young people’s voices, seeing their focus and concentration – when we hear good questions that stem right from the middle of the experience. Many organisations working in this way are frequently constructivist in various guises: it’s the experience that guides the learning and therefore it’s the experiential qualities that count. They also tend to work with a loose version of Vygotskian scaffolding, putting the learner’s knowledge centre stage and finding ways to build on it incrementally. The artefact, the production, the broadcast, the narrowcast, the display and the performance are all evidence of the determination and focus to get to this point.

What is more, there are a host of institutional factors that emphasise this quality of experience in the moment of engagement. Funding is frequently related to numbers of young people on role and, additionally, the customary short-term nature of projects – summer camps, holiday projects and so forth – often means that the focus for the projects themselves frequently revolves around the first step, the moment of excitement and of induction. Often the metrics used to judge the success of programs don’t relate to any kind of educational philosophy but count the socio-economic background of participants and numbers on role or completing courses.

None of this of course is in itself ‘bad’ or ‘wrong’, but it does beg the question about what kind of difference all of these initiatives might make in the long run.

In a provocative comment about ten years ago Shirley Brice Heath suggested in her work on the Champions of Change project – mainly performing and arts education with excluded youth in community settings – that it was actually counter-productive to offer young people some experiences of youth arts if all it did was to raise expectations without offering them the routes and the resources to fulfil the trajectories suggested by these courses of study. I think the same challenge holds true for the digital media and make-to-learn work that is going on all around the world.

I want to suggest four kinds of mechanisms we need to put into play in order to try to resolve this long-standing issue about the value and purpose of out-of-school and other kinds of learning.