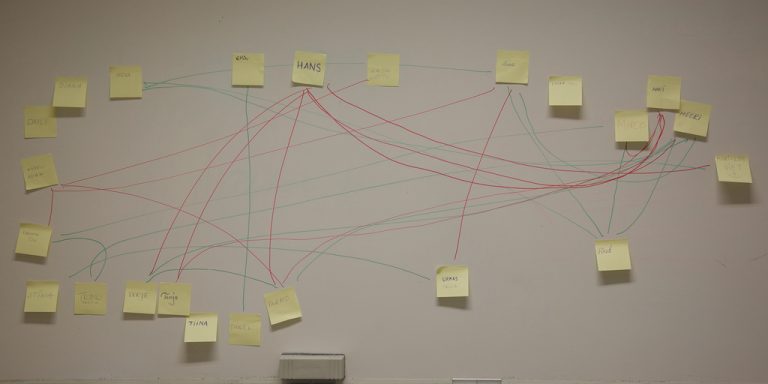 In his essay, “Is Google Making Us Stupid?,” Nicholas Carr relates an exchange between Nietzsche and one of his friends, in which the friend remarked that the philosopher’s writing style had changed after he began to use a typewriter. As Carr tells us, Nietzsche’s reply was to agree, stating, “our writing equipment takes part in the forming of our thoughts.”

Those who study technology (Carr credits Kittler, who has written extensively about the effects of technology on culture, as the source of the Nietzsche story) tend to readily agree with these conclusions: technologies impact our behavior and, therefore, writing technologies affect our writing. This is not to say that technology determines behavior; rather, it is the combination of technologies and human actors that leads to new possibilities for cultural production.

Kittler claims that when writing on his typewriter, Nietzsche’s writing style became more “aphoris[tic]” and mimicked the style of the telegram. It argues against the strict determinism of technologies to note that neither Nietzsche nor Samuel Morse invented the terse aphorism, but that the style has a long history in communication (albeit one initially popularized by a very different technology). But it is perhaps no coincidence that the rise of the typewriter (and telegraph) was followed by the rise in popularity of such terse stylists as Hemingway. That Hemingway would sometimes compose with pen and paper is not to suggest that there is no connection between the modernist impulse and his stylistics. Rather, it suggests that the technological changes in which the typewriter participated permeated culture, and just as one could write a florid and philosophical document on a typewriter, terse and constrained prose could be authored independently of the machine. To modify Nietzsche’s statement about his style, then, we could say that once our thoughts have been changed by our equipment, those changes remain accessible to us even when the equipment is not present.

In my last post, I discussed the role of networked writing in the writing classroom, arguing that, despite its occasional radical departures from and challenges to traditional writing genres, this writing had a place in scholastic writing instruction. In addition to the basic decency and respect that comes from acknowledging the legitimacy of student writing, such as texting, because of the reality that students will be increasingly asked to write within and for networks, to deny them instruction in this form of writing in a “writing” class is to leave them unprepared for changes in writing environments and this undoubtably does them a great disservice.

However, these are not the only reasons for addressing networked writing in the writing classroom. Some might say that, as teachers of traditional genres—the argumentative essay, the report—such writing does not intrude on their subject matter. Yet as so much writing is conducted in the kinds of network environments typified by texting, blogging, and other forms of generative, interactive exchange, we cannot assume that this writing will not intrude on our current practices. Networks have permeated culture, changing not just where and how we write, but, like Nietzsche and his typewriter, taking part in the formation of our thoughts. And, crucially, this writing is not confined to networks. We might even begin to call this writing-apart-from networks something new, instead of the networked writing that characterized writing on networks, a network writing that embraces the role of networks in shaping and communicating ideas no matter what final form it takes.

Luckily, there are wonderful examples of network writing to guide our way. Others have written extensively about Gregory Ulmer’s work on identifying genres within networks, so I will not expound on it here. However, I would like to point to a fascinating new work by Jeff Rice as an example of what I mean. In Digital Detroit, Rice describes the network that informs his experience of Detroit, and in doing attempts to “recognize the complexity of relations, interactions, and movements that digital culture generates” (p. 5), emphasizing not simply the “stuff” of a city, but the “information” (p. 6) those relations mediate. While the book is a fascinating piece of scholarship in its own right—and no doubt a fascinating read for those familiar with the city, which I, unfortunately, am not—I mention it here because, as a book and a network, it represents a move towards writing that can be divorced from the familiar trappings of the network—the Web interface, the blog page, the Twitter exchange—yet honors and extends the learning and expression that are made possible by that space. This is the network writing that illustrates the utility of this new form to traditional applications, and it is incumbent upon writing instructors to embrace this change, adapting their teaching of (highly important and fundamental) genres like the argumentative essay to accommodate the changes brought about by networked writing.