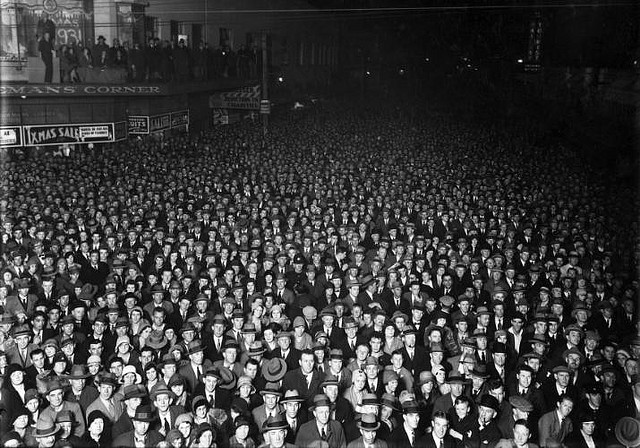 Last year I attended, on average, a conference or similar event every other week. As part of my role as Researcher/Analyst at JISC infoNet it’s an important part of what I do: finding out what’s going on in the UK education sector and disseminating our (publicly-funded) work.

The face-to-face nature of conferences is, I believe, of even more importance in an extremely digitally connected world. Whilst it’s often the case that you can get to know people very well online, there’s something about embodied interaction that makes your knowledge of that person three-dimensional. I don’t think one method of interacting is necessarily ‘better’ than the other; a blended approach is best. This, I suppose, is why social media is so popular.

Over the past couple of years I’ve been extremely fortunate to meet in the flesh some fantastic educators and thinkers. Just last week, for example, as a speaker at the free festival around the Learning Without Frontiers conference in London, I got to mix with and talk to people such as Mitch Resnick from MIT, Keri Facer from MMU and Mark Surman from Mozilla. There’s so much potential in the ideas shared at conferences such as these that I feel a responsibility to help get key messages to practitioners. Conferences, after all, should affect and influence educational practice.

I’m delighted, therefore, to be attending the DML Conference 2012 (which is organized by the same group of people that produces this blog, DMLcentral, I should point out). Running March 1-3 in San Francisco the focus of the conference is Beyond Educational Technology: Learning Innovations in a Connected World.

When discussing it last week with Mark Surman, Executive Director of Mozilla, he told me how much he was looking forward to the conference. “It’s the one place where those of us who think that learning can and should be different come together to build stuff,” he said. That excites me.

The themes of the DML Conference 2012 are:

The idea with the most potential to positively disrupt education that I’ve come across recently is Open Badges. I’ve written about this extensively on my blog and for this site here. In a nutshell, a badge is a validated indicator of accomplishment, skill, quality or interest. As with all of the best ideas it’s simple, but with far-reaching implications and room for nuanced discussion. Badges have also got some heavyweight backing from the MacArthur Foundation, the US Department of Education, HASTAC, Mozilla, NASA, and others.

I’m delighted, therefore, to be on the judging panel for the final stage of the DML ‘Badges for Lifelong Learning’ competition. On the day before the DML Conference I’ll be meeting finalists who have come up with badge systems to credentialize learning and potentially change the educational landscape. Throughout it all I’ll be blogging, tweeting and otherwise amplifying the event as much as possible to those on the front lines in classrooms and lecture theatres around the world.