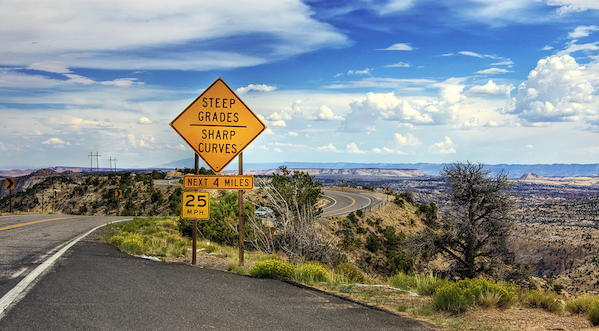 Meanwhile, back at the pedagogical ranch…You may remember that back in November I reported on my experiment in grading, combining the long tradition of contract grading with what I call “crowdsourced grading.”  Since I was already constructing “This Is Your Brain on the Internet” (ISIS 120) as a peer-taught course, I decided that the students responsible for team-leading each class would also be responsible for determining if that week’s required blogs on their reading assignments measured up to the contract standard.  It didn’t seem like such a radical idea.  This is a course on cognition and collaboration in the digital age and responsible evaluation, feedback, and participation are part of that equation.  I thought of this as simply “practicing what I was preaching,” an object lesson to the students in how to be responsible public citizens of the Internet. Well, some people thought of it differently.  They acted as if “Prof Davidson” was destroying civilization as we knew it.

My original blog on this method, “How To Crowdsource Grading,” was the focus of articles in several academic online journals.  Then it was picked up by AP, and then the blogosphere got into the action.  There were many supportive comments, a lot of interest, and a whole lot of name calling.

And then the course ended and it was time for the media to do follow-up.  Scott Jaschik wrote a marvelous and thoughtful follow-up piece, “No Grading, More Learning,” in Inside Higher Education.  I was especially proud that one of the excellent students in the course, Lacey Kim, responded to his interview request and was quoted in ways that exemplified how thoughtful she is and what a wise, serious class it was in general.  Jaschik’s article was reprinted in USA Today and in The Huffington Post.  To paraphrase Shakespeare:  hell hath no fury like authority scorned!  In addition to the very nice comments by serious educators from all over, there were the usual hateful, dismissive comments.  The levels of conscious misreading were amazing.

Students Raised the Bar on Grading

What bothered the blogosphere most is that I had told Scott Jaschik that I anticipated that everyone would earn an A for the course.  What I assumed but did not explicitly state was that, by setting the requirements at a very high level, I was weeding out students who were not serious.  As noted by one of the students who decided not to stay when he saw how hard the requirements were, “This is not a gut!”  About five students who originally had registered dropped once they saw what the contract looked like.  There was, however, a waiting list so the vacancies quickly filled up with some of Duke’s finest students.  Of course they signed contracts to do A level work because these were A students.  They didn’t do it because it was easy, but because it looked like a legitimate challenge and they are the kind of students who respond well to such challenges.

I’ve had livelier classrooms, but I have never had one more characterized by serious, concerned, critical thinking, on topics from brain bilateralism to Internet privacy.  Some of their peer-led presentations were so good I felt almost in awe of their weighty investment in understanding the topics in depth.  That raises a question:  if this was one of the most remarkable groups I have ever encountered in decades of teaching, then why would it be a problem if everyone received an A?  Who tells us that students must be graded relative to one another rather than to a professor’s highest standard of excellence?  If you are qualifying for the Boston Marathon, you have to meet a designated time standard.  If sixteen of those who meet the qualifying time all happen to come from the same running school, no one balks but acknowledges that they are well prepared and serious.  This group of intellectual marathoners in ISIS 120 was definitely well prepared and focused.

Why Grading As We Know It Is the Way It Is

One person who wrote comments compared them to inmates in a maximum security prison and suggested that if I were the prison guard, I’d be letting the inmates run the place.  Another talked about monkeys pooping in their cheerios.  My students were rightly insulted and appalled.  They had worked as hard as ever they had in their lives, they were taking new forms of intellectual collaboration on the Web as their topic of study, and this is the level of response they received?  Being on the receiving end of obvious and dismissive derision was, of course, the final lesson in “This is Your Brain on the Internet.”

I continue not only to be fascinated by the sometimes hysterical response to my course but to grading as a concept.  I’ve spent the last few years researching grading, how it evolved, what prompted it, and how it came to take over educational philosophy in the twentieth century.  And, in fact, I’ve decided to devote an entire chapter of my next book (Now You See It:  The Science of Attention in the Classroom, at Work and Everywhere Else) to “How We Measure.”   Higher-order thinking was once thought to be testable only by serious debate, long essays, and contemplative written and oral response.  The idea of distilling all that down to a single letter or numerical grade was offensive to many, and seemed a betrayal of the ideals of logic (in fields from mathematics to rhetoric) that higher education was to bestow.  That changed with industrialism and the new emphasis on efficiency.

But if efficiency is the motivation for this form of grading, how have we flipped it and now made “standardization” equivalent to “high standards” (a subject I discussed in my last blog post for DML Central)?  And, given that I am fortunate to be teaching in a very privileged university, with high tuition, small class size and excellent students, why should efficiency be my standard?

Despite Controversy and Critics, Grading Experiment Surpassed Every Expectation

I’m fascinated by this hysterical, demeaning fury.  If you want to see what was actually required by the students in “This Is Your Brain on the Internet,” you can see my syllabus.  I set the texts and then challenged the students to either use these or add their own during the segment of the course they were required to lead, in tandem with one other person from a different major.  In every case, they used what I required and added more.  Each student had to sign an official contract that I countersigned.  Two unexcused absences were allowed all term for an A.  Not one student, out of sixteen, took advantage of the two unexcused absences.  I did not prescribe how long their weekly required blogs were supposed to be.  Again, every student fulfilled the requirement (every one), and they averaged about 1000 words a week.  That’s a lot of writing for a class made up mostly of science and social science majors.  It was not designated a “writing course” but that quantity is about two or three times what one expects even in a course with an official “writing” designation.  They were required to go on two extracurricular field trips and blog about those to a public website.  They were required to make one public contribution to knowledge (such as a Wikipedia entry).  And they were required to collaborate in teams of four on one multimedia full-length presentation, accompanied by academic readings and an intellectual follow-up discussion.  The presentations were often superior to what one might see on the Discovery Channel on topics including surveillance, anonymity, privacy, mash-ups and intellectual property, pornography and the Internet.

It was a stellar class in every way, but most exciting was the way they interacted in class.  Conversations happened not just through me but directly to one another.  There was never a simplistic answer to any topic that came up but an insistence on pushing deeper, evaluating the evidence and on interpretation.  There was never a moment of grade grubbing because everyone had a contract, signed and cosigned, so they had no one but themselves to argue with it if they failed to meet the terms they had agreed to.  But each and every one met their obligations, and then some. They discussed timely issues with a earnestness that I wish was shared by media commentators and pundits in our national, commercial media.

The Core of the Controversy: Control and Convention

I’m often asked if I think this method would work in other situations and I’m sure it would.  I’ve heard from dozens of people who have used variations on this method at large state schools, in large lecture classes, and had success.  I’ve spent time in a sixth grade class in a Durham, N.C., publicly-funded charter school, where a version of the same method I used was also being used successfully.  It is scalable.

I believe, though, what infuriates some of those who write so disrespectfully in the blogosphere is that it just isn’t fair if everyone does well.  Someone needs to do worse, someone needs to do better.  And, most important, it is the teacher’s responsibility to determine who the winners and losers are.  There is some mystery involved since, in the conventional situation, students write a term paper and a final, those are graded, and then a final grade is handed down.  It’s a uni-directional model of contribution and response.  End of process.  A lot like the “comment” section on an article posted on the Internet.

My class asked, what can we think and do together, if the mysterious parts of grading are taken off the table?  If you know all the requirements and you contract to meet them, then the only real requirement left for you to control is how you represent yourself in the course.  The pride, independence, and (to use that word again) thoughtfulness of the interchange, class after class, assignment after assignment, was something I did not anticipate.  They were not trying to impress me.  They were commanding respect from one another, and returning that respect to one another.

And, when they or I were treated disrespectfully in the “Comment” section in the various articles written and reprinted about our class, they showed their mettle.  One student (I don’t know which one) read several of the comments, patiently refuted a number, and then gave up in exasperated disgust at still others.  Replying to one person who had willfully (so it seems) misread what the class was about or what the students had actually done in the course, this student wrote: “Thanks though, for an unsubstantiated and completely non-constructive comment.”

See!  That’s what you get when you give students a little self-respect and authority.  They use it in the world, with the objective of making the blogosphere a more responsible space.