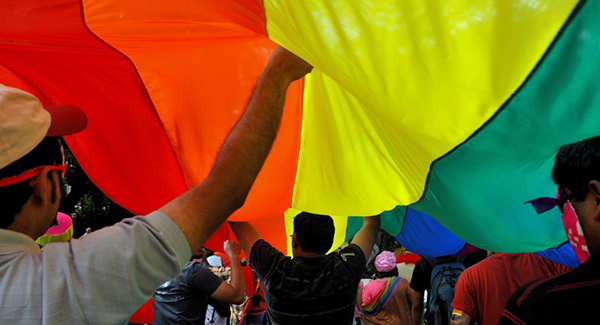 Politics by numbers is a funny game. It allows for large structures like universities to reduce the question of diversity, plurality, dissent, and acceptance into quantified rubrics of access, inclusion, and representation. So that universities can often build coherently diverse groups, where the markers of identity tick the boxes of conformity and resemblance to diversity ideologies, but more often than not, these tick marks are ways to gloss the reinforced cultures of containment and the persistent poetics of silence. In the last two blogs, I had looked at #DalitLivesMatter, as arising from the politics of despair, and demanded that the university becomes a space of intersection. Following that, with #StandWithJNU, I had reflected on the politics of hope and suggested that intersections can be too easily planned, too readily drawn into design and do not allow for the serendipity of encounter and the frisson of friction that is necessary to the repurposing of the university as a political tool.

In this blog, I am suggesting that between the politics of hope and despair, there is the need for a third kind of political space. I call this the politics of reticence. If the politics of despair was about panic, where silence became the deafening reply, and politics of hope was the foregrounding of lost voices, leading to the cacophony of speech, then the politics of reticence is about the need to examine the silences that continue to flood our universities. In the case of the Indian higher education system, where many of the debates around underprivilege and inclusion are right now in visibility, there is a sustained silence about the invisible discrimination and rejection of bodies, communities, and identities who cannot bear the weight of a box in the diversity profile of the university system.

Let me make my point through an event timeline. Homosexuality in all its forms has been socially unacceptable and legally punishable in India, under the Section 377 of the Indian Penal Code, established by the erstwhile British colonisers who were afraid, that unchecked, the heathen Indian native might break into song, dance and sodomy. The archaic law continues to hound the queer communities, denying them access to basic rights of health and employment, and some of the more human dignities of love and life. In 2009, after almost 10 years of legal battles the High Court of New Delhi, declared that the inclusion of homosexuality under the ‘Unnatural Sexual Acts’ cluster controlled by Section 377, is a constitutional violation of the conditions of life enshrined to the Indian citizen. It was a landmark judgement for a country like India, where queer rights activism has still been nascent and the visibility of queer violence is even smaller. Even as this judgement came out, and while there was support within the academic community to this crystalising of basic rights for a large LGBTQ+ communities in the country, there wasn’t a single academic institution that came forward to extend special protections, enclosures, inclusions or affordances to this historically exploited and discriminated community. Academic book talk and discourses were on an all time high, but the only change that was visible was in targeted messaging and advertising by companies who were realising the economic potentials of a queer consumption lifestyle coming into its being for the first time in the country.

That historic judgment decriminalizing homosexuality, was challenged in the Supreme Court of India, where the Apex court decided in 2013, that the punishing of queer identities and bodies does not “suffer from the vice of unconstitutionality” and overturned the ruling of the High court, making homosexuality a criminally punishable offence again. This significant step backward for the country, which not only continued its persecution of the queer community, but put into jeopardy and precariousness all those who had “come out” following the earlier judgment found a great backlash from media, from cultural industries, from academics, from private sector corporations, and even from certain parts of the government. However, in all of this, the university has been silent. In fact, universities have not only been silent but complicit, so that in 2009, the year the decriminalization happened, the Aligarh Muslim University hired 4 men to perform a “sting operation” where they forced their way into the house of Professor Ramchandra Siras, and caught him having consensual sex with another man, and made video recordings of the event, which were leaked to a local TV channel. Siras was suspended on the grounds of “gross misconduct,” which he challenged in court. He won the case because based on the Delhi High Court’s decision, homosexuality was no longer a criminal offence, and the university, despite the legal mandate, thought that it was on sound grounds to continue this persecution. These incidents of universities which otherwise wear the guise of diversity and progress, in continuing to discriminate those who are not included in the fold of affirmative action — those who do not have the right to having rights, is so rampant that it doesn’t even raise an eyebrow when similar treatment is meted out to those who do not carry the markers of acceptable minorities.

Universities have always been battlegrounds where those who have the entitlement to education and the right to be included can stage battles when faced with discrimination. They can either withdraw support from the institution, fighting their battles of non-participation and silence, or they can orchestrate loud and vocal protests, finding their voice and giving it a platform. When faced with these visible discriminations, to those who are legally accepted but are not given the promised benefits, the university can change its ways and make amends. However, the role of the university cannot be merely to stand for what is the bare minimum when it comes to questions of diversity, inclusion, acceptance and protection. The university cannot be given brownie points if it checks its gender, racial, religious, caste ratios which it is legally mandated to do. It cannot be judged on whether or not it gives voice or understands silence. It needs to be questioned, as an institution and as a structure, through the politics of reticence. The universities, which have been the bastions of discourse on human rights and inclusion, need to be tested against what they can do, not only to include those who are visibly on the fringe but to also fight for those who are made invisible in their exclusions.

It has to be asked, why, the university system, between the period of 2009 and 2013, did not intervene or make any changes about working with the LGBTQ+ communities in the country. It is worth asking, why the university remains silent institutionally, even as the brave activists and political workers are approaching the Supreme Court for a curative hearing, mobilising behind the call that there shall be #NoGoingBack. Even as social media extends support, international human rights activists lend it their weight, the traditional media portrays the needs for this hearing, and we even see the launch of India’s first transgendered pop band, the university has been silent. It refuses to put its institutional weight behind the assertion that there can be #NoGoingBack, and ensuring that the hidden, scared, closeted, and invisible people who form the part of the university, but are unable to even be true to their sexual identities feel safe and accepted in that space. #NoGoingBack has to be a call to arms for the university, and it needs to be the touchstone against which the political purpose and the social responsibility of universities need to be judged. Universities which grandstand on their diversity rankings in order to attract foreign funding, students and collaborations, cannot be accepted at face value for their compliance with what is legally mandated. They need to be called to reflect upon what do they do beyond implementing the law when it comes to support, foster, protect and nourish those who are beyond the pale of legal protection and fighting to get their voices heard.