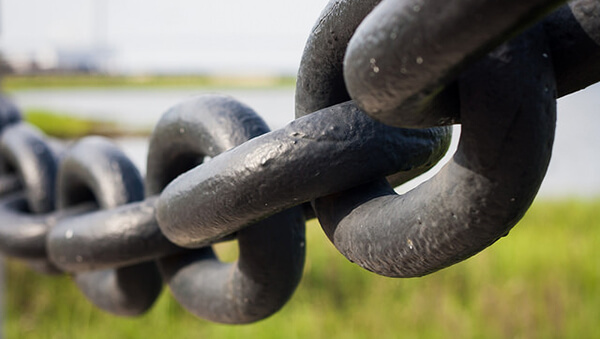 “States are certain loci of power, but the state is not all there is of power. The state is not always the nation-state…So, already the term state can be dissociated from the term ‘nation’ and the two can be cobbled together through a hyphen, but what work does the hyphen do? Does the hyphen finesse the relation that needs to be done? Does it mark a certain soldiering that has taken place historically? Does it suggest a fallibility at the heart of the relation?”
— Judith Butler and Gayatri Chakravarti Spivak, authors of Who Sings the Nation-State?

The hyphen and the hyperlink have emerged as the connecting vectors of the last few decades. What the hyphen was to the postcolonial theorists, trying to imagine the reconciliation of the severed colonial relationships, while resisting the cobbling together of difference under an assumed mantle of equivalence, conflating equality with equity, the hyperlink has become to the digital culture practitioners, for whom the hyperlink is the flattener that connects nodes into a homogeneous network of traffic transactions without compromising their individual identity or purpose. Ever since Tim Berners Lee’s wonderfully utopian idea of the World Wide Web as a new way by which the hierarchies between documents and links get dissolved, producing a self-contained discursive universe where new values can be developed to reorder the human self and the social order, the hyperlink has been heralded as the promise of the digital.

The hyperlink is particularly robust as a metaphor because it performs the simultaneous paradox of reconciliation and separation in its being. On the one hand, the hyperlink, with its promise of hypertext, frees the text from its location within a document, and allows it mobility and circulation as it remains distributed across the massive index that is the Internet. This information can now be freed from the tyranny of fixity and can travel across the data highways, unfettered by a formalistic relationship that is at the heart of movable type.

On the other hand, the hyperlink also manages to identify, verify, and locate information, tracing it in all its circulation, producing heat maps of its movement and connectivity. The hyperlink ensures that no matter how far the data travels, like the orbiting lovers in Andrew Marvell’s metaphysical poetry, the information eventually can always be returned to its source. It is allowed mutation as long as it retains its relationality with the myth of origin.

Very much like the hyphen that Butler and Spivak question, the hyperlink forms new connections, informs unexpected encounters, and formulates narratives and metaphors where none might have existed. Or, like Homi K. Bhabha, who had suggested that the hyphen produces a hybridity — an in-between space that negates the binary structures while gaining its legitimacy from the existence of the binary. The hyperlink is the thing and the thing that is referred to. The morphing nature of documents and links, where each serves as a hyperlink to the other, means that the digital hyperlink is not a pre-existing object, but an attribute that can convert almost anything into an in-between space, expanding the edges of its form by making connections through it, letting affect, intensity, emotion, desire, ambition and function travel through that which has been activated by the touch of the hyperlink.

I hold forth on these characteristics of the hyperlink because in many ways, the journey that I have chalked through in this mini series of four blogs exploring the politics of education in the higher education landscape of India necessitates what I call a hyperlink politics. I showed in the first of the entries, that the reconciliatory movement of ‘and’, that pretends to join the differing political causes, is inadequate because it insists on a differential indexicality and merely makes a connection that emphasizes the difference rather than the blended and blurred nature of things.

As a result, I argued, hashtags like #BlackLivesMatter or #DalitLivesMatter get countered by #AllLivesMatter. Similarly, #NoMeansNo finds a response that says #NotAllMen. In the second entry, I argued that the intersectionality of politics that gets embedded in the #StandWithJNU movement that brings leftist and dalit politics to bear upon the political processes of affirmative and corrective action, still leave a lot to be desired because they still perpetuate a temporary truce rather than a permanent blurring and blending of political affinity. Intersections, I suggested, are too well designed, and made visible only as a response to crises as prompts for immediate and tactical solutions.

In the third entry, I suggested, with #NeverGoingBack that much of the privilege of interdisciplinarity, intersectionality, or designed encounters is afforded only to those actors who are historically expected to occupy these positions. The continued neglect of queer and female bodies on Indian campuses, not only through lack of inclusive and corrective mechanisms, but by the university’s withdrawal from fighting for fundamental rights like decriminalization of homosexuality in India, remain symptomatic of how we cannot think of the future of politics as merely coming together of those identities that have the privilege to be recognized as actors, even though they might be systemically underserved.

At the heart of all of these problems is the persistent duality of separation and intersection. In the formulation of these politics, we rely on the conjunctive power of “&,” making the ampersand take the burden of making connections while still retaining older divisions. We continue to think of the political identities as static, a performative, but still tied to the bodily, and almost inescapable. Thus, when we talk of dalit rights on Indian campuses, we mark the dalit only as biologically born and governmentally identified, resisting an affinity-based opening up of the dalit identity, as one that is not only socially constructed but also open to affinity based appropriation. As Sharmila Rege had so passionately argued once, the dalit is twice broken, and so, an activist, irrespective of the circumstances of birth and conditions of privilege, were to break herself twice, not to produce a false denouncement of privilege but to reorient it, maybe she should have the space within dalit politics to know that #DalitLivesMatter is not an accusation to be responded to but a call for action to include one in that spectrum.

Similarly, the ampersand, in its appearance produces a discrete identity politics that works at the level of identification. In the formulation of “education and politics” or “university and society,” we continue to reinforce the idea that these are separated, and that they do not have a natural affinity and correlation in their very formation. This allows for university administrators to punish students for acts of political dissent, reading them as sedition, and siding with authoritarian forces of political fascism that seek to repress these practices.

And lastly, the ampersand is an act of interpellation. It demands that the two entities it connects are legible and intelligible to the dominant ethos of verification and authorization. The ampersand can only connect and give voice to those who already have a sense of self, identity and authorized acceptance. It is helpful to give agency to those who have already been identified in their quest for realizing their rights. But, in its in-betweenness, it hides the identities and the bodies that remain so precarious that they are not even made visible in the political struggles within the educational institutions.

And hence, I come to the hyphen and the hyperlink. The hyperlink offers a new way of thinking about connectivity and collectivity. The hyperlink suggests that the identity is an attribution and not a fixity. As different connections are made, the same node can circulate multiple identifiers, but the identifier does not get conflated into its identity. It, thus, suggests that bodies have an agency in choosing their identifiers and in deploying them strategically, so that when #DalitLivesMatters emerges as a hashtag, it stands for everybody who is against structural political discrimination and not only for those who get identified through their bodies and indices. And, the large protests that emerged as a response to the hashtag are great examples of how this was not only a call for dalit identified bodies to march for their rights but for entire social constellations to mark themselves, even if temporarily as dalit. The hyperlink does not make a distinction between the thing that is connected and the connection. Both of these are formally and structurally the same, and are identified by their function rather than their being.

The hyperlink works on verbs and not on nouns. This enables for #StandWithJNU to become more than a university standoff between a community of students and a regulatory state mechanism. Instead, it insists that the university and the city are not separate and discrete categories. To #StandWithJNU is not to enter into debates about whether or not students should enter into politics, but to contend that to be a student is to be political, and that education and learning must connect to political questions of social, cultural, economic and personal ordering.

And lastly, the hyperlink offers the possibility that the node is not fixed in its definition. Its value lies in its circulation but also in its own splitting of itself into multiple tiny fragments which will always be connected even in their distributedness. The freedom of the hyperlink to connect the self with unidentified or neglected identifiers, creating new narratives without taking the burden of coherence, means bodies can exercise their precariousness and fight for visibility of those who are not yet made legible in our structures. This produces, then, not a snapshot of the identified nodes and their transactions, but a circulating network of traces that mark the different compromises and negotiations that bodies often experience within political action and activism.

I do not offer the hyperlinked metaphor of hyphenated bodies as a resolution to the crises that I have drawn up. It is not an end point that we aspire toward. Instead, it is a toolbox, that allows us to think of the deadlock that both academic critique and public reception of these movements on the campuses has resulted in. The hyphen and the hyperlink, when they substitute the ampersand, produce new cogs, that help reimagine the entire system, and, thus, open up a moment of configuration where things can morph, mutate, evolve, and perhaps, change.