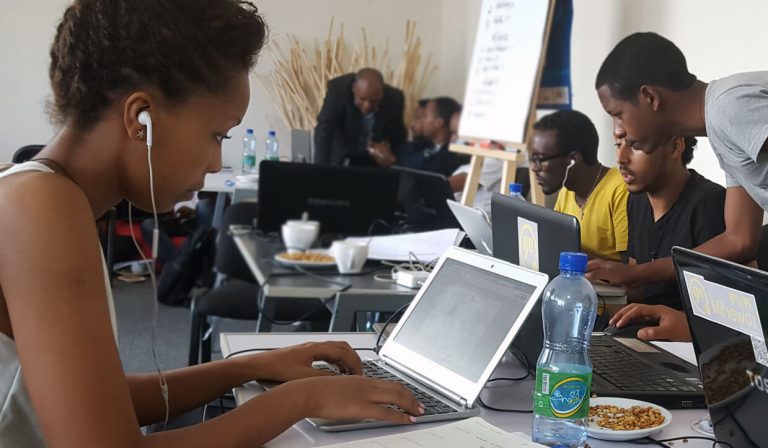 Editor’s note: This is the second part of a three-part post featuring the fourth interview in a multi-part series with participants in the Race, Memory, and the Digital Humanities Conference. The series features public intellectuals discussing digital literacy issues.

Jessica Marie Johnson is one of the country’s leading scholars on black code literacy. I’ve had the privilege of teaching with her at the Digital Humanities Summer Research Institute. At the conference my campus organized, she recently gave this thought-provoking and inspiring keynote address. (See Part 1 of DML Central’s introduction to Professor Johnson.)

With Mark Anthony Neal, Johnson also edited a recent edition of the Black Scholar devoted to Black Code Studies. She argues that the theoretical issues discussed relate closely to digital literacy in the K-12 environment.

“I think digital media and technology studies is already investigating how this is impacting young people, in good and bad ways. Black Code Studies suggests some of the ways that social media should be taken seriously as intellectual engagement and read, critiqued, and understood for what it offers users (of all ages) who participate in it. But, Black Code Studies goes further and suggests that so much of what is being shared, liked, commented on, and created as content on social media is actually Black diasporic intellectual production.

“Black Code Studies also forces K-12 educators to think through where and when people find transgressive community and where and when they don’t want to be found. Social media platforms create space for queer, trans, gender non-binary, working class, undocumented, multilingual, Global South people to find each other and come together. At its best, it models coalition and the right to disappear and be left alone with your people. At its worst, as we’ve seen with surveillance and online harassment, it also models the kind of vicious hate that happens in the real world. So, for K-12 teachers, social media models much about how we engage and how young people already engage and need to learn to engage critically.”

Johnson and Neal have also headed up discussions about Black Code Studies with Mark Marino and Jeremy Douglass’s Critical Code Studies Working Group, which brings together an international group that reads code closely as cultural artifacts and also facilitates conversations about topics like gender and programming culture. (My DML interviews with Marino on some of his past projects can be found here and here. Howard Rheingold’s DML video interview with Marino is here.)

Johnson is very supportive of projects like Black Girls Code and the Hour of Code project. But, she also cautioned educators against making assumptions that penalize students whose digital literacy is dependent on mobile devices. “Hour of code is cool. I want to hear more about how that hour happens on mobile devices. I think we have yet to accept that this is where computing is happening, especially at the K-12 level, and we need to catch up.”

Although Johnson expressed “no preference on programming language” when it came to choosing between Scratch, Alice, Processing, and other languages designed to be accessible to beginners, she was adamant that “students shouldn’t leave school without being exposed to programming language.” However, she also warned administrators against excessive curricular rigidity. “The thing about making things a requirement is that it sets up potentially punitive barriers to success for students in under-resourced schools and if it doesn’t come with training and support for teachers, it can be seen as just another burden. So, I’d be more interested in school districts receiving the financial support and personnel resources they need to teach as a whole, and teachers receiving free training in programming languages that would get them comfortable with programming languages and their uses and allow them to integrate that kind of learning into any kind of course they are teaching.”

“How dope would it be if seventh grade me walked into social studies and we were all learning Python because we wanted to study the ways the descendants of Sally Hemmings and Thomas Jefferson were related to each other using network analysis?”

Johnson also insisted it was a mistake to view teaching STEM as a reason to de-emphasize the humanities. “Teachers also need to be trained in the latest in critical ethnic studies and gender studies. I’m a big fan of getting teachers what they need, compensating them for it, and helping them think through how it can be best applied in their classrooms.”