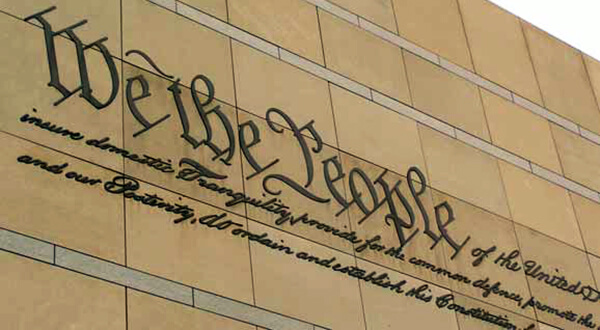 Democracy is not just about choosing your own leaders. Democracy can only take root in a population that is free enough and educated enough to discuss issues, form public opinion, and influence policy. The public sphere is one of information. As James Madison, “the father of the U.S. Constitution” at age 36 put it (in words now carved in marble at the Library of Congress): “A popular Government, without popular information, or the means of acquiring it, is but a Prologue to a Farce or a Tragedy; or, perhaps both. Knowledge will forever govern ignorance: And a people who mean to be their own Governors, must arm themselves with the power which knowledge gives.”

The public sphere is also about communication. In Madison’s time, information technology was the printing press, and distribution media were newspapers, which were the conduit for the pseudonymous letters to the editor that have come to be known as The Federalist Papers. Today, the information technologies are digital media — personal computers and smartphones. Today, the distribution medium is the many-to-many, multimedia, World Wide Web. At the same time that the future of democracy may hinge on whether social media have poisoned the public sphere and whether social media can be used to bolster democracy, the young citizens who will be determining and living in the future are immersed in digital media and networked publics. Educators have a responsibility and a role to play in connecting youth enthusiasm for digital media and the kind of civic engagement that democracy depends on.

Connecting youth media with civic engagement takes as many forms as youth media — video, audio, memes, graphics — and can go beyond civic knowledge to action, as in participatory action research. Feminist MOOCs, youth radio, community documentation are all collaborations between educators and young media makers.

In many ways, the online lives of young people involve them in aspects of civic engagement, whether or not they know it. As research by Joseph Kahne’s Youth and Participatory Politics network has demonstrated:

What we found is that young people were more likely to volunteer offline when they were part of online networks.

Online, young people are gaining skills — even when they’re working in a non-political space — that are quite relevant to working in a civic or political space: how to work in a group, how to negotiate things, how to get organized, how to organize other people. They’re also being put into broader social networks. And many of those networks are broader than they might find in their other socializing activities.

We also found that their online participation increased their exposure to diverse viewpoints. Many folks are concerned that, whether it’s youth or adults, when we go online we tend to seek out those who agree with us already. Certainly that’s a phenomenon that occurs online and offline. But we found that in online networks youth get opportunities to learn and hear perspectives they wouldn’t otherwise hear.